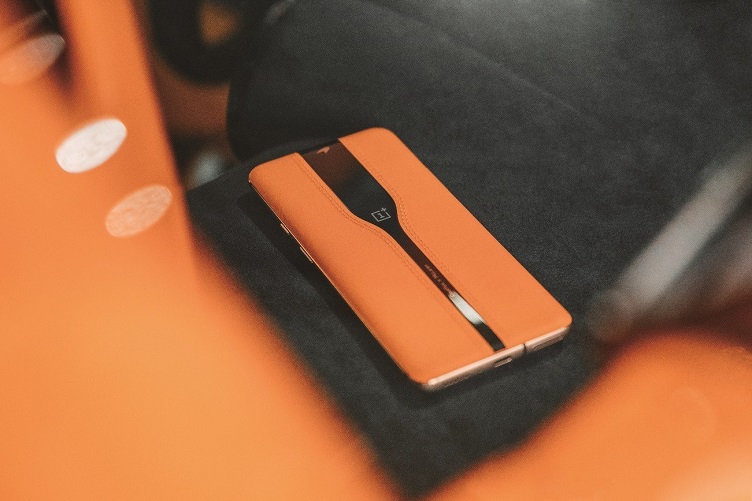 At CES 2020, Chinese smartphone vendor OnePlus debuted a concept smartphone that the company claims is the first smartphone to use color-shifting glass technology (electrochromic glass), which allows it to change transparency and make the camera invisible.

The Concept One phone was designed in a collaboration with sports car racing company McLaren and marks a breakthrough in smartphone color, material and finish design, and it might potentially be used as the foundation for future smartphones from OnePlus.

The glass used on the concept phone is made of organic particles that change in transparency so that the glass covering the camera lenses shift instantly from opaque black to entirely clear. This presents an unbroken surface when not in use and doubles as a built-in polarizing filter for the camera for sharper, more detailed shots, OnePlus said.

Electrochromic glass is generally composed of two panels of glass with a color-shifting material in between them. However, OnePlus, managed to achieve far thinner glass than the industry average at just 0.1 mm each for a combined total of only 0.35 mm. The Concept One takes a mere 0.7 seconds for the glass to transition from solid black to fully clear, faster even than the camera itself takes to fully activate, OnePlus said.

“This concept phone is a significant experiment into the future form of smartphones,” said Pete Lau, CEO and founder of OnePlus, in a statement. “OnePlus started this initiative with the goal of bringing the 'burdenless' user experience to the next level. The invisible camera stands as a new form of camera design, one that spares the user from the compromises of current camera layouts. The rear camera lenses are hidden by the dynamic electrochromic glass and only become visible when the camera is in use. This is just the beginning as we explore additional possibilities in the future."