Flying Car Taxis to Begin Urban Testing in Singapore in 2019 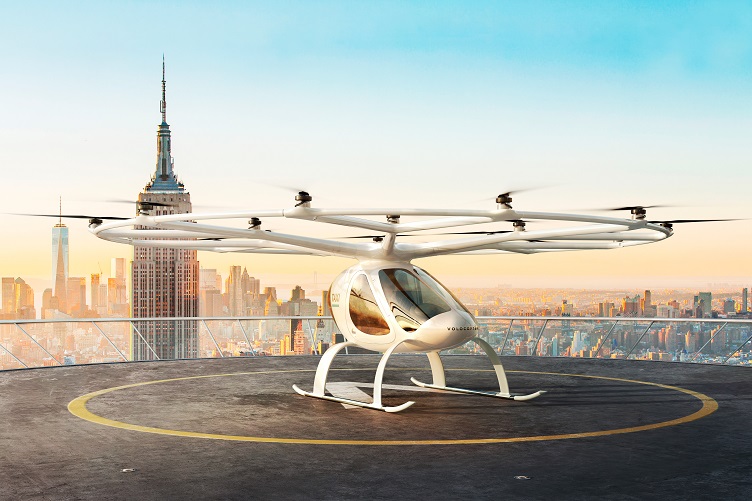 A closeup illustration of the 2X flying taxi in an urban environment. Source: Volocopter

We last saw German company Volocopter last year, when it completed the first test flight of its vertical take-off and landing (VTOL) air taxi equipped with 18 rotors and emergency parachutes.

Now, the company is taking its flying car, the 2X, to Singapore where it will conduct a series of urban flight tests scheduled to take place in the second half of 2019.

Supported by Singapore’s Ministry of Transport, Civil Aviation Authority of Singapore and Economic Development Board, the tests will seek to validate and verify the ability of the 2X all-electric VTOL vehicles to operate in an urban environment. The tests will culminate in public demonstration flights.

Volocopter said it will be establishing a product design and engineering team in Singapore to support the expansion plans and are seeking real-estate developers, mobility providers and businesses to help them establish a fleet of air taxis for the country.

The 2X vehicles are emission-free, electrically powered and resemble a helicopter but are based on drone technology and can fly two people for short trips of about 30 kilometers. Volocopter said the 2X is designed for inner-city missions, can maneuver around skyscrapers and reach a flight height of 100 meters.

“We are getting ready to start implementing the first fixed routes in cities,” said Florian Reuter, CEO of Volocopter. “Singapore is a logical partner: The city is a true pioneer in technology and city development. We are confident this is another exciting step to make air taxi services a reality.”