Watch: Device Tracks Ingestible Medical Devices and Tumors in the Body Without Surgery

MIT’s Computer Science and Artificial Intelligence Lab (CSAIL) have developed a new device that can track ingestible medical devices and tumors in real time. The inexpensive system, named ReMix, could quickly produce data and results about a patient without having to perform surgery. ReMix pinpoints the location of ingestible implants with low power signals. 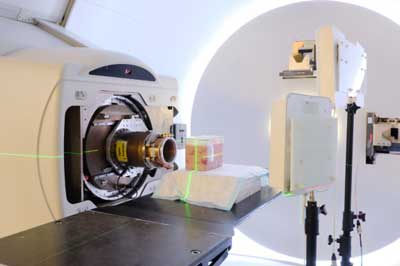 During testing, the researchers ran into a major issue. The human body’s natural signals are over 100 million times more powerful than ReMix’s signals. This makes ReMix unable to detect the implanted device. The researchers had to figure out a way around the stronger signals.

The team developed a small diode that mixes the signals from the body and the device and filters out the body signals, giving the ReMix device a clear path to the implanted device.

"The ability to continuously sense inside the human body has largely been a distant dream," says Romit Roy Choudhury, a professor of electrical engineering and computer science at the University of Illinois, who was not involved in the research. "One of the roadblocks has been wireless communication to a device and its continuous localization. ReMix makes a leap in this direction by showing that the wireless component of implantable devices may no longer be the bottleneck."

After the researchers fixed the problems they ran into during initial testing, they could start focusing on uses for the new technology. After further testing and development, the research team says that ReMix could be used to apply proton therapy to attack tumors in cancer patients. With proton therapy, doctors prescribe higher radiation to attack tumors directly. This therapy relies highly on the tumor not moving during radiation therapy, which doesn’t happen often. If the tumor moves, the strong radiation hits healthy areas of the body and causes more problems. ReMix could allow doctors to track where the tumor moves while they are applying the radiation therapy.

"We want a model that's technically feasible, while still complex enough to accurately represent the human body," says Ph.D. student Deepak Vasisht, lead author on the new paper. "If we want to use this technology on actual cancer patients one day, it will have to come from better modeling a person's physical structure."

"One reason that [proton therapy] is so expensive is because of the cost of installing the hardware," says Vasisht. "If these systems can encourage more applications of the technology, there will be more demand, which will mean more therapy centers and lower prices for patients."

Learn more about the new device at the MIT CSAIL site.