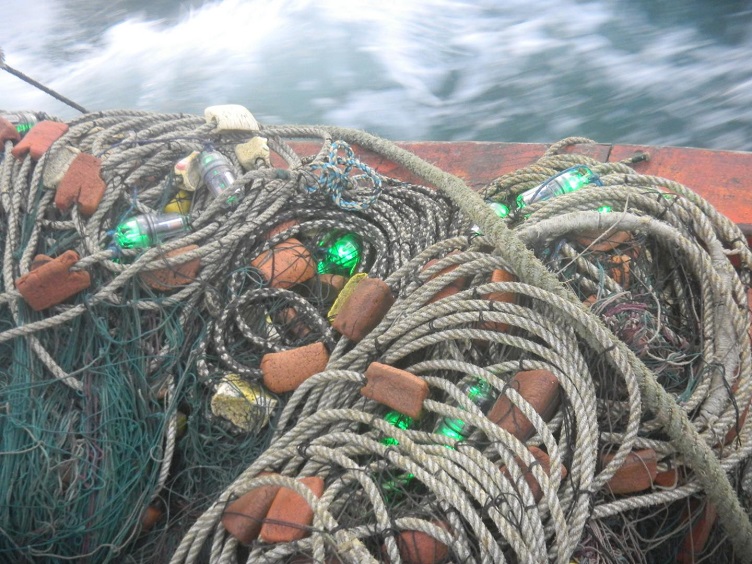 Fishing nets that were equipped with the green LEDs. Source: University of Exeter

New research from the University of Exeter has shown that birds and other marine life caught in fishing nets could be drastically reduced by attaching green battery-powered light emitting diodes (LEDs).

Illuminating fishing nets with low-cost lights could reduce the impact these nets have on seabirds and marine dwellers by more than 85 percent, the research shows.

The study compared 114 pairs of gillnets — which are anchored in fixed positions in the sea to snare fish by the gills — in fishing waters off the coast of Peru. They discovered the nets fitted with LEDs caught 85 percent fewer guanay cormorants, a native diving bird that becomes entangled in the nets, compared to those nets without the lights.

Other research found that the LED-fitted lights also reduced the number of sea turtles caught in fishing nets by 64 percent, leading to the belief these light-equipped nets could dramatically reduce the capture and death of birds and turtles without reducing the number of fish caught.

Among the 114 pairs of nets, each was equipped with LEDs placed every 10 meters along the gillnet floatline. The other net in the pair was the control and not illuminated. The control nets caught 39 cormorants while the illuminated nets caught just six.

The full research can be found in the journal Royal Society Open Science.