Yellowstone Lake has a fish problem. In the 1980s, lake trout were introduced into it. Currently, it is unknown why and park workers believe that it was probably done illegally. You would think that more fish means more food for the wildlife around the lake, right? Wrong. Lake trout live in deep waters, making them almost unreachable to predators that live on the land. Lake trout are dangerous to the fragile ecosystem of Yellowstone Lake because they prey on cutthroat trout. Cutthroat trout are the main source of food for the predators of the surrounding forest because they live close to the edge and surface of the water, making them easier to catch. After the lake trout were introduced, cutthroat trout populations dropped by 90 percent from 2000 to 2005. 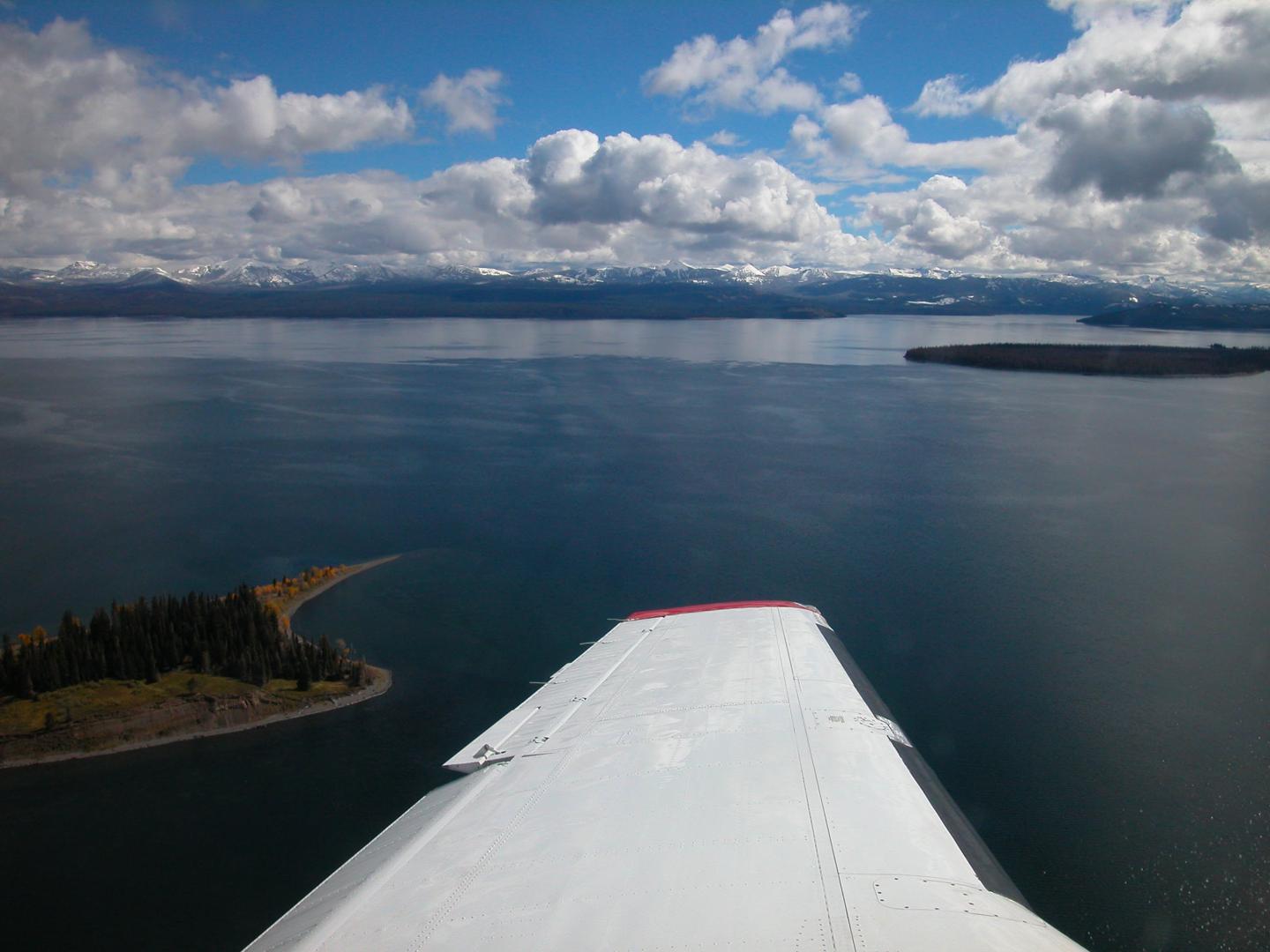 Researchers have found that the light-based imaging technology, Light Detection and Ranging (LiDAR), could be the answer to this problem. LiDAR was first tested in 2004 with a system from the National Marine Fisheries Service. This system proved that it could detect schools of fish in areas that had not been detected before and prompted the researchers to want to develop their own LiDAR system for Yellowstone Lake managers to use for lake trout management.

The newly developed LiDAR can find groups of two fish or more, up to 15 meters deep in the water. The team attached the LiDAR to an airplane and then flew the plane over the lake and the laser scanned a 5-meter area of water at 80 kilometers for schools of fish. The LiDAR transmits short green laser light pulses from the plane into the water and measures the backscattered light. The green laser beam is better at penetrating light than other lasers, making it perfect for penetrating the murky lake waters. LiDAR has been successfully used for fish tracking in the past, but this is the first time that it has been successfully developed to scan through murky lake water.

Not only is it effective, but it is also fairly inexpensive to operate. It cost less than $100,000 to develop the system and $500 per day to fly the plane. It also takes a fraction of the time to scan the waters with the LiDAR on a plane compared to scanning on boats. The researchers use the data gathered from LiDAR to find the new fish populations and then use the gill nets to gather the fish and take them out of the lake.

The researchers say that this LiDAR system would be further developed with push-broom scanning to cover a wider area of the lake but at its current state, the system is an upgrade from the old method.

The paper on this new system was published in Applied Optics.