Monitoring babies’ health is every parent's priority during pregnancy. From heart health to brain health, parents want to take every precaution to make sure that their baby is healthy and strong through the pregnancy. The third and final trimester is when a baby’s brain develops the most. The cerebral cortex expands and starts to fold. This trimester is a vital time to keep track of brain growth. 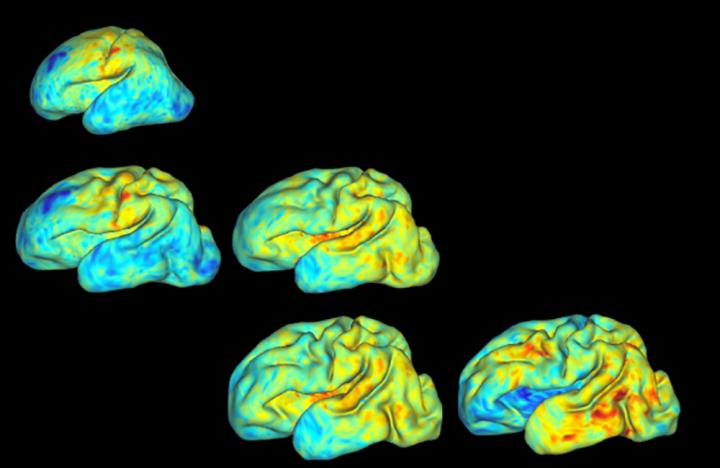 Researchers from Washington University in St. Louis have developed and tested a 3D brain mapping method that could measure the growth of a baby’s brain during the third trimester. This tool could help doctors look out for developmental disorders that could affect the baby later in their life.

"One of the things that is really interesting about people's brains is that they are so different, yet so similar," said Philip Bayly, the Lilyan & E. Lisle Hughes Professor of Mechanical Engineering at the School of Engineering & Applied Science. "We all have the same components, but our brain folds are like fingerprints: Everyone has a different pattern. Understanding the mechanical process of folding -- when it occurs -- might be a way to detect problems for brain development down the road."

The team worked with Kara Garcia, engineering doctoral student, and used magnetic resonance 3D brain images of 30 pre-term infants that were scanned by Christopher Smyser, MD and associate professor of neurology. These babies’ brains were scanned two to four times during the third trimester. This typically happens around 28-30 weeks of pregnancy

With the computer algorithm, the team found accurate point-to-point communication between the younger and older parts of cortical reconstructions of a baby. From each surface, the team created a precise map of the baby’s cortical expansion and growth. They then used a minimum energy approach to compare the brains during other parts of the brain growth. This allowed the researchers to find small differences in the brain folding patterns.

"The minimum energy approach is the one that's most likely from a physical standpoint," Bayly said, "When we obtain surfaces from MR images, we don't know which points on the older surface correspond with which points on the younger surface. We reasoned, that since nature is efficient, the most likely correspondence is the one that produces the best match between surface landmarks, while at the same time, minimizing how much the brain would have to distort while it is growing. When you use this minimum energy approach, you get rid of a lot of noise in the analysis, and what emerged were these subtle patterns of growth that were previously hidden in the data. Not only do we have a better picture of these developmental processes in general, but doctors should hopefully be able to assess individual patients, take a look at their pattern of brain development, and figure out how it's tracking."

Doctors could take advantage of this tool in neonatal intensive care units to check on the health of premature babies. Doctors believe that understanding the brain pattern and development could be a huge tool in diagnosing issues later in a baby’s life.

"You do also find folding abnormalities in populations that have cognitive issues later in life, including autism and schizophrenia," Bayly said. "It's possible if medical researchers understand better the folding process and what goes on wrong or differently, then they can understand a little bit more about what causes these problems."

The paper on this research was published in PNAS.