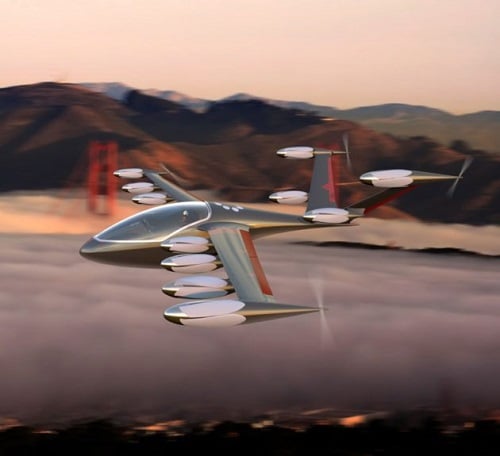 Joby Aviation has secured $100 million in Series B financing for its all-electric vertical take-off and landing (eVTOL) passenger air taxi.

The financing was led by Intel Capital, EDBI, JetBlue Technology Ventures and Toyota AI Ventures. Other participants included Allen & Company, AME Cloud Ventures and Ron Conway. This funding brings the total amount raised by the company to more than $130 million.

Joby says it has designed, built and flight-tested a fully electric, VTOL passenger aircraft that is designed for local and regional air transportation-as-a-service. Joby’s five-seat vehicle is expected to be faster than existing rotorcraft, to fly at least 150 miles on a charge and to be 100 times quieter than conventional aircraft during takeoff and landing with a near-silent flyover.

The goal is to provide a new transportation offering that is safe, sustainable and faster than current traffic solutions as well as to help solve the problem of city congestion and long commute times.

“People waste billions of hours sitting on roads worldwide each year,” says JoeBen Bevirt, founder and CEO of Joby Aviation. “We envision a future where commuting by eVTOL is a safer, faster, and cost-competitive alternative to ground transportation. We have spent the last 10 years developing the technologies that have made our full-scale technical demonstrator possible and are now ready to build a commercial version of the aircraft. We’re excited to have attracted the backing of leaders in auto manufacturing, data intelligence, and transportation sectors.”

The funding will not only help in product development and flight certification but the company will also expand its team to include experts in structural engineering, electrical engineering, power electronics, battery electrochemistry, certification, flight controls and software.