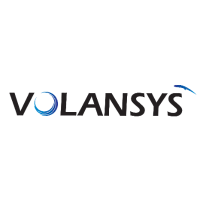 Volansys is an alliance member with Zigbee® Alliance, Z-Wave Alliance, Thread Group, LoRa Alliance™ and has established strategic partnerships with leading semiconductor companies and cloud IoT platform providers to map best practices and leverage latest technologies for getting an IoT initiative off the ground at accelerated time-to-market and reduced development costs.

After the successful launch of HomeBridge™ last year at CES 2017, Volansys looks forward to exhibiting the following IoT capabilities at CES 2018: