Researchers from North Carolina State University have developed a new technique for printing metal circuits directly. This is a major development for creating flexible, stretchable electronics. The technique can use multiple metals and substrates. It is also compatible with existing manufacturing systems the have direct printing technologies. 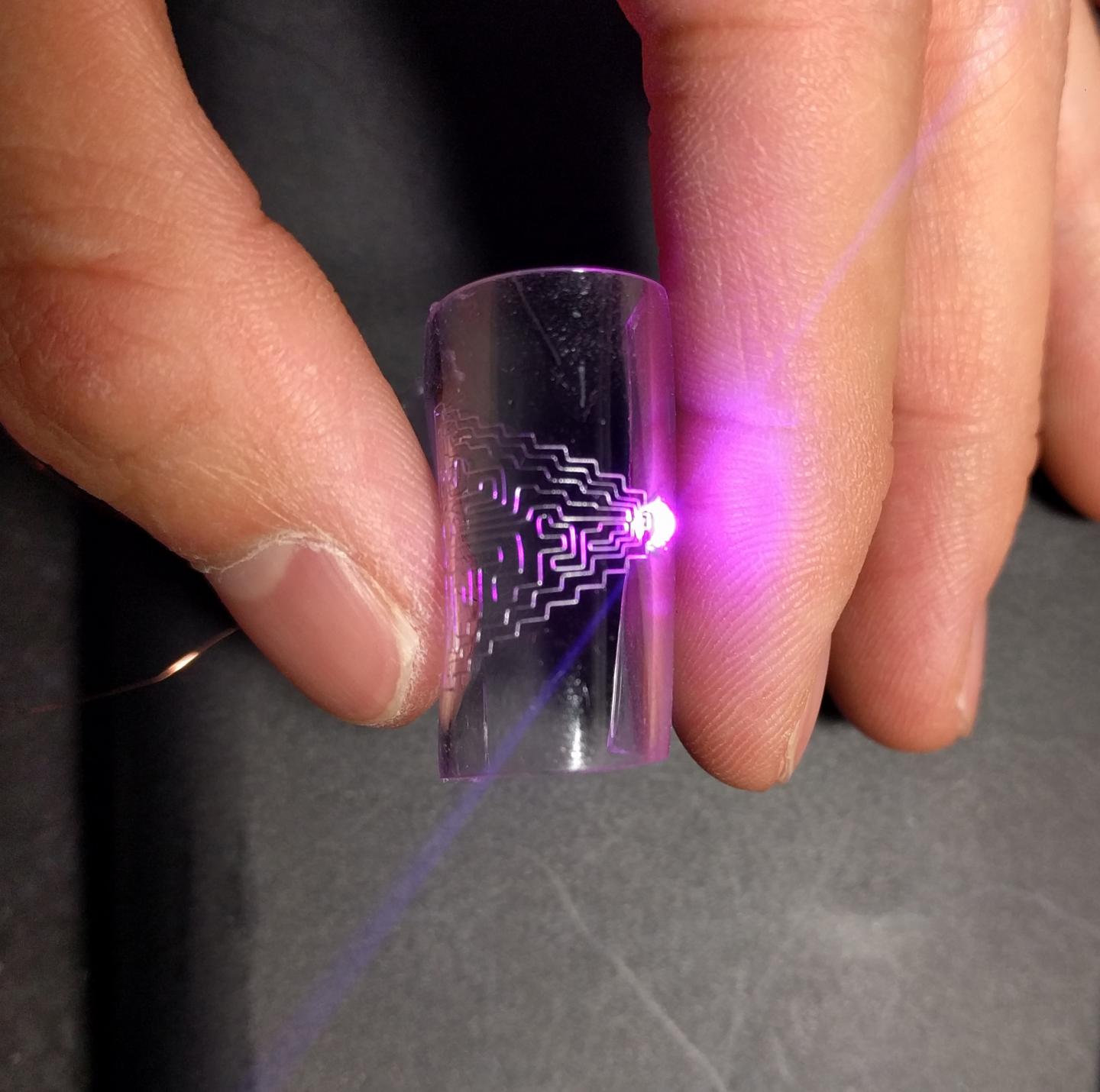 "Flexible electronics hold promise for use in many fields, but there are significant manufacturing costs involved - which poses a challenge in making them practical for commercial use," said Jingyan Dong, corresponding author of a paper on the work and an associate professor in NC State's Edward P. Fitts Department of Industrial & Systems Engineering.

"Our approach should reduce cost and offer an efficient means of producing circuits with high resolution, making them viable for integrating into commercial devices," Dong said.

The technique takes advantage of existing electrohydrodynamic printing technology that is already used in many manufacturing processes that use functional inks. But instead of ink, the team uses many molten metal alloys that have melting points as low at 60 degrees Celsius. The researchers have demonstrated this technique with three different alloys, printing on four different substrates -- glass, paper and two stretchable polymers.

"This is direct printing," Dong said. "There is no mask, no etching, and no molds, making the process much more straightforward."

The researchers have tested the resilience of the circuits on a polymer substrate and found the circuit’s conductivity was unaffected, even after being bent 1,000 times. The circuits were still electrically stable, even when stretched to 70 percent of tensile strain.

The researchers found that the circuits are even capable of “healing” themselves when they are broken by being bent or stretched too far.

"Because of the low melting point, you can simply heat the affected area up to around 70 degrees Celsius and the metal flows back together, repairing the relevant damage," Dong said.

The researchers demonstrated the functionality of the printing technique by creating a high-density touch sensor that fits a 400-pixel array into one square centimeter.

"We've demonstrated the resilience and functionality of our approach, and we're open to working with the industry sector to implement the technique in manufacturing wearable sensors or other electronic devices," said Dong.

The paper on this research was published in Advanced Materials Technologies