Q&A: Quitting Your Job and Building the Internet’s First Parts Library for Circuit Board Design

Quit your stable engineering job and go off into the abyss of something you believe in with little direction? Sounds crazy, right? For Natasha Baker, Founder of SnapEDA, it felt right. 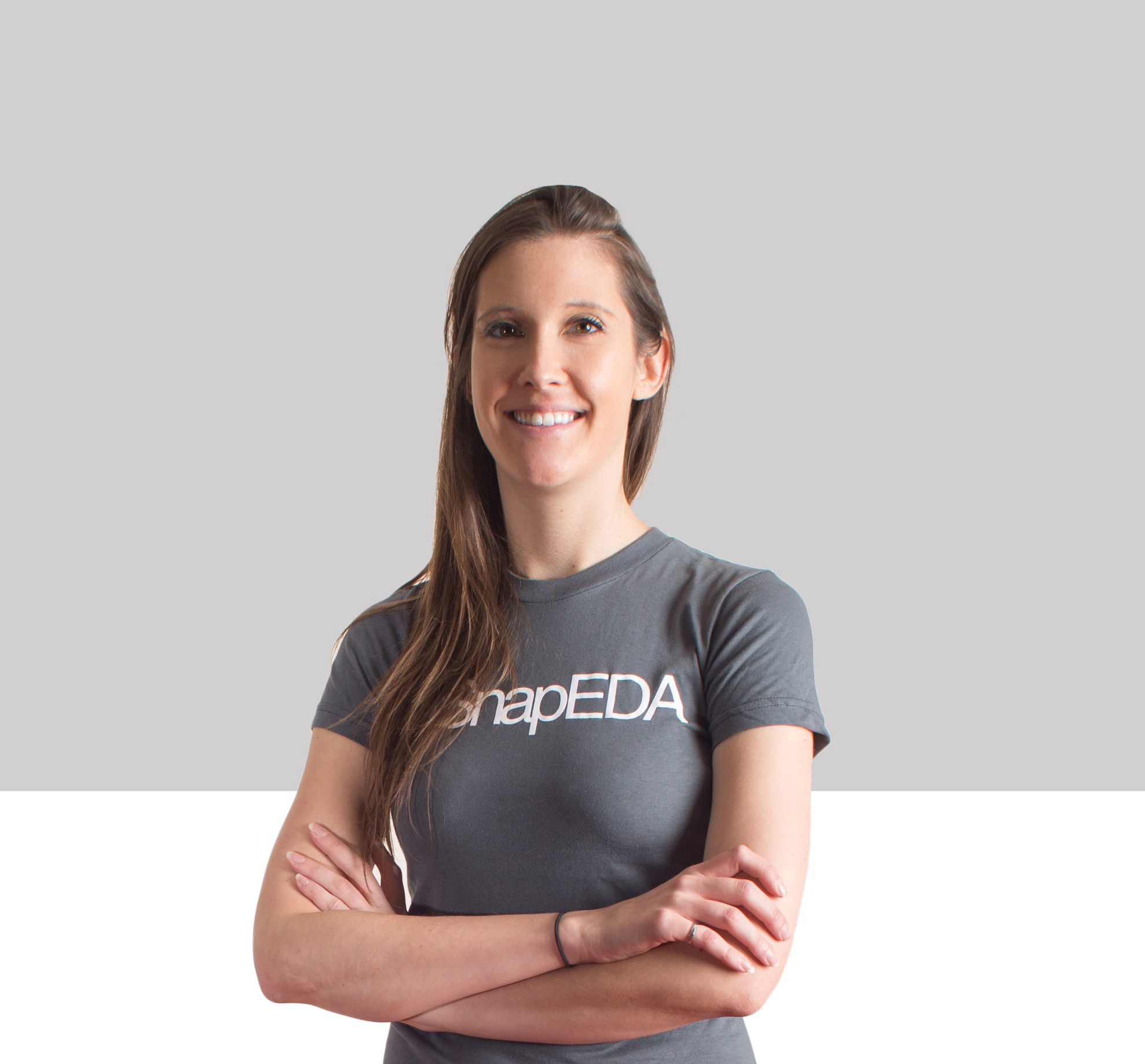 Guess what? She ended up with the foundation of a "Google for electronics design content." Here's how it happened and what you can learn about following your intuition as an engineer.

1. Natasha, tell us a little bit about yourself. Were you always interested in engineering?

I wasn’t one of those kids who always knew they wanted to be an engineer. Actually, I didn’t know what engineering was until I started applying to universities; it just wasn’t something I had been exposed to. Looking back, it makes a lot of sense though. I was completely obsessed with computers. Back in 1994 (when I was 8), my brother introduced me to MOOs, which were early text-based virtual reality environments you would access via telnet. In these virtual worlds, you could program the world around you and add new ways of interacting with the world, which would augment the experience of other users. That kept me busy for about five years. In parallel, my mom owned a bookstore, so I would work there often, and regularly fix their computers -- take them apart, build new ones, solve networking issues, etc. So I think I had a natural curiosity for technology and how things work, along with the desire to solve problems, which I think are good traits for an engineer to have.

2. Starting a new company isn’t an easy task, especially on your own. How did SnapEDA come to be?

I created SnapEDA to scratch my own itch as an electrical engineer. While working at National Instruments, I decided it would be neat to make some PCBs to show off our circuit design and simulation software at a tradeshow. The idea was to design a simple accelerometer board that I could place inside a Wii steering wheel, which would then be connected via an NI DAQ to a laptop running Nintendo. I started designing the accelerometer board from a reference design, thinking it would be a super fast PCB to make. However, the biggest bottleneck was finding the symbols, footprints and simulation models I needed to design the board. I wondered: "Why isn’t there a Google for electronics design content?" After I got back from the tradeshow, I quit my job and and decided to start building it.

3. Can you tell us a bit about what SnapEDA is all about and its benefit to engineers?

SnapEDA is the Internet’s first parts library for circuit board design. We provide the digital models electronics designers need to build products faster. Rather than spending days creating models to use in their CAD programs, they can simply drag and drop them into their designs using SnapEDA.

Our product is completely free for engineers. We're also focused on automation to help bring quality and scale to CAD libraries, which is another differentiator about us.

For example, we just launched InstaBuild, a free computer-vision based symbol generator to help engineers build symbols from datasheets in mere minutes. Another example is our automated verification check that runs through every single CAD file in real-time provided on SnapEDA.

We launched in 2013, and now have over half a million engineers using the website each year.

4. What challenges have you experienced in starting the company that you felt were nearly insurmountable? How did you overcome them?

The hardest part was starting out without funds or a team. It was an extremely isolating and lonely time.

The thing that really helped get things off the ground, was pushing through to build the first prototype. It took me about a year (I learned programming through StackOverflow and online tutorials), but suddenly, it was much easier to recruit interns, full-time team members and even investors.

My advice to anyone would be what one of my former managers told me: “do the hard work and write code”. Coding might not be the answer to every problem, but taking action and building a real prototype solves a lot of problems, provided you're confident in your idea.

5. What would you consider the most rewarding part of your job?

The best part is definitely seeing all the awesome products made with SnapEDA! Our users are building everything from implantable medical devices, to fully electric airplanes. Getting the opportunity to play a small role in these products is very rewarding.

The second would obviously be the intellectual challenges with data. There are always more things you can automate, ways you can drive further efficiencies in processes, more verification tests, etc. I love this part too, because everyday is like solving a new puzzle.

6. SnapEDA is used by over 80,000 engineers. What trends in the electronics industry are you seeing from your customers’ activity?

We’re seeing a surge of interest for wireless products as part of the continued demand for connectivity. For example, SIMCom, which provides Machine-to-Machine modules, has become extremely popular on SnapEDA this year. Another thing that’s interesting is that we’ve seen a large increase in the usage of KiCad, a free and open-source PCB design tool. I think it’s because of a combination of factors, including Eagle switching to a subscription model after its acquisition by Autodesk, and also just by virtue of the fact that the tool has really progressed these past couple years.

7. What advice do you have for someone looking to get out on their own and start a company, specifically in the engineering/electronics industry?

Just start now. You will never be more ‘ready’ or ‘experienced enough’ to start a company.