New Technique Developed to Model Transplantation of the Human Liver

A team of scientists, physicians and engineers from the Center for Engineering in Medicine (CEM) and the Transplant Center of the Massachusetts General Hospital (MGH) at the Harvard Medical School in Boston, MA have reported the development of a new technology that will enable researchers to better study liver transplantation in a pre-clinical setting.

This new model examines the reperfusion stage of transplantation when the liver is surgically implanted into the recipient patient. The reperfusion stage of liver transplantation is important because it causes significant injury to the organ, but it is also the first time the organ begins to function again inside the recipient’s body after a period of organ preservation. This model could be of significant value to those that aim to study the effects that organ preservation has on the function of the liver after transplantation. This has previously been difficult outside of a clinical study outside the clinical setting. 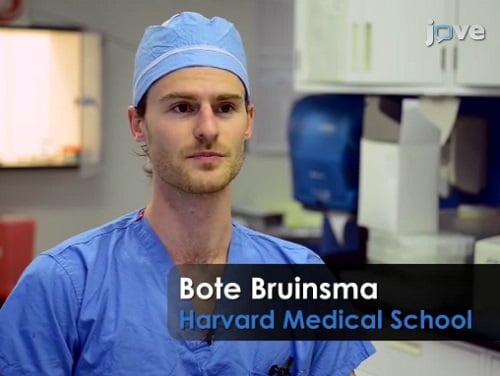 Dr. Bote Bruinsma is a lead author of the paper (Harvard)

Conventionally, the liver is preserved in a cold box of ice, which allows surgeons to transplant organs after a limited period of organ preservation. With the increasing demand for high-quality organs, new organ preservation techniques are being developed very quickly in order to improve the quality of donor organs as well as prolong the duration of time that a liver can be kept outside of the body.

Many of these new techniques have been evaluated in animal models, as well as in human liver that couldn’t be used for transplantation.

"While we were able to assess a human liver during the preservation period, we could not predict how it would function after transplantation without actually transplanting the liver, to this end, we attempted to simulate the transplantation in the lab," said Dr. Bote Bruinsma, one of the lead authors on the paper about this research.

The researchers showed the feasibility of the new technique in three human livers that were deemed unsuitable for transplantation. The livers were first tested in an experimental organ-preservation technique called subnormothermic machine perfusion (SNMP), which was also developed by the lab at MGH. This technique connects the liver to a device that perfuses the organ with a nutrient-rich and oxygenated solution that aims to sustain the liver at a temperature of 21 degrees Celsius.

After 3 hours of SNMP, the organ was connected to a new device that was used to simulate warm reperfusion of the liver, as it would occur during transplantation. The lover was perfused with blood at body temperature for several hours while investigators took measurements relating to the function of the organ as well as the injury that it was sustained.

During the reperfusion, the investigators noted production of bile as is normally observed during the clinical reperfusion period.

"The biochemical changes that we observed in the blood during the reperfusion period were what we would expect to see during reperfusion clinically, which contributes to the validation of the model," explained Dr. James Avruch, the lead author on the paper.

"We plan to use this new reperfusion model to evaluate the efficacy of experimental organ perfusion techniques in improving the outcome of liver transplantation. By applying this method, we can more safely and confidently transition new technologies into clinical practice," said Dr. Korkut Uygun, principal investigator on the study.

The paper on this research was published in TECHNOLOGY.