MIT engineers have developed a new desktop 3D printer that performs up to 10 times faster than existing commercial counterparts. Most common printers may fabricate a few Lego-sized bricks in one hour but the new design can print similarly sized objects in just a few minutes.

The key to the team’s nimble design lies in the printer’s compact printhead, which incorporates two new speed-enhancing components — a screw mechanism that feeds polymer material through a nozzle at high force and a laser that is built into the printhead that rapidly heats and melts the material, which enables it to flow faster through the nozzle. 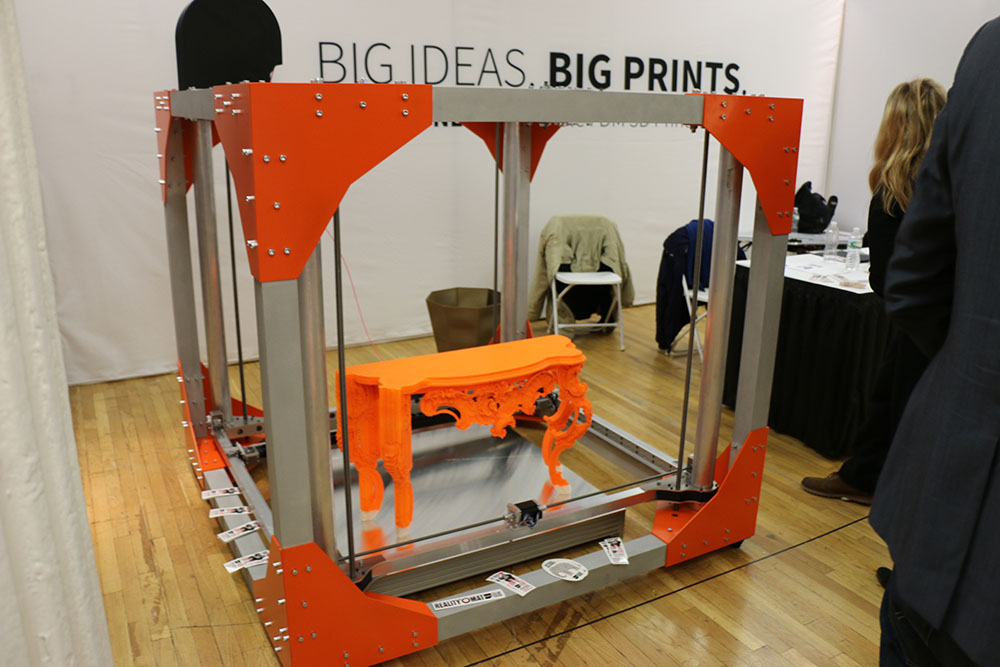 The team demonstrated its new design by printing various detailed, handheld 3D objects including small eyeglass frames, a bevel gear and a miniature replica of the MIT dome. Each of these took, from start to finish, just a few minutes.

"If I can get a prototype part, maybe a bracket or a gear, in five to 10 minutes rather than an hour, or a bigger part over my lunch break rather than the next day, I can engineer, build, and test faster," said Hart, who is also director of MIT's Laboratory for Manufacturing and Productivity and the Mechanosynthesis Group. "If I'm a repair technician and I could have a fast 3-D printer in my vehicle, I could 3-D-print a repair part on-demand after I figure out what's broken. I don't have to go to a warehouse and take it out of inventory."

Hard believes that this development has “applications in emergency medicine, and for a variety of needs in remote locations. Fast 3-D printing creates valuable new ways of working and enables new market opportunities."

In a previous paper, Hard and Jamison Go, SM ’15, wanted to identify the underlying causes limiting the speed of the most common desktop 3D printers, which extrude plastic, layer by layer, in a process referred to as “fused filament fabrication."

"Every year now, hundreds of thousands of desktop printers that use this process are sold around the world," Hart said. "One of the key limitations to the viability of 3-D printing is the speed at which you can print something."

Hart and Go had previously determined that commercial desktop extrusion 3D printers, on average, print at a rate of about 20 cubic centimeters, or several Lego bricks’ worth of structures per hour. According to Hart, this is incredibly slow.

The team identified three factors limiting a printer’s speed — how fast a printer can move its printhead, how much force a printhead can apply to a material to push it through the nozzle and how quickly the printhead can transfer heat to melt a material and make it flow.

"Then, given our understanding of what limits those three variables, we asked how do we design a new printer ourselves that can improve all three in one system," Hart said. "And now we've built it, and it works quite well."

With most desktop 3D printers, plastic is fed through a nozzle via a “pinch-wheel” mechanism, in which two small wheels within the printhead rotate and push the plastic, or filament, forward. This works well at relatively slow speed, but if more force were applied to speed up the process, at a certain point the wheels would lose their grip on the material. According to Hart, this is a “mechanical disadvantage," limiting how fast the printhead can push material through.

Hart and Go chose to throw away the pinch-wheel design, and replaced it with a screw mechanism that turns within the printhead. The team fed a textured plastic filament onto the screw, and as the screw turned, it gripped onto the filament’s textured surface and was able to feed the filament through the nozzle at higher forces and speeds.

"Using this screw mechanism, we have a lot more contact area with the threaded texture on the filament," Hart said. "Therefore we can get a much higher driving force, easily 10 times greater force."

The team added a laser downstream of the screw mechanism, which heats and melts the filament before it passes through the nozzle. In this way, the plastic is more quickly and thoroughly melted, compared with conventional 3D printers, which use conduction to head the walls of the nozzle to melt the extruding plastic.

Hart and Go found that by adjusting the laser’s power and turning it quickly on and off, they could control the amount of heat delivered to the plastic. They integrated both the laser and the screw mechanism into a compact, custom-built printhead about the size of a computer mouse.

Finally, they devised a high-speed gantry mechanism — an H-shaped frame powered by two motors, connected to a motion stage that holds the printhead. The gantry was designed and programmed to move nimbly between multiple positions and planes. In this way, the entire printhead was able to move fast enough to keep up with the extruding plastic’s faster feeds.

"We designed the printhead to have high force, high heating capacity, and the ability to be moved quickly by the printer, faster than existing desktop printers are able to," Hart said. "All three factors enable the printer to be up to 10 times faster than the commercial printers that we benchmarked."

The researchers printed several complex parts with their new partner, each produced within five to ten minutes, compared with an hour for conventional printers. But they ran into a small glitch in their speedier design. The extruded plastic is fed through the nozzle at high forces and temperatures that a printed layer can still be slightly molten by the time the printer is extruding a second layer.

"We found that when you finish one layer and go back to begin the next layer, the previous layer is still a little too hot. So we have to cool the part actively as it prints, to retain the shape of the part so it doesn't get distorted or soften," Hart said.

The design challenge that the researchers are currently focusing on is combined with the math by which the path of the printhead can be optimized. They will also explore new materials to feed through the printer.

"We're interested in applying this technique to more advanced materials, like high strength polymers, composite materials. We are also working on larger-scale 3-D printing, not just printing desktop-scale objects but bigger structures for tooling, or even furniture," Hart said. "The capability to print fast opens the door to many exciting opportunities."

The paper on this research was published in Additive Manufacturing.